Gunturu Seshendra Sharma (గుంటూరు శేషేంద్ర శర్మ) (October 20, 1927 – May 30, 2007), also known as Yuga Kavi, was a Telugu poet, critic and litterateur. He is well known for his works Naa Desham Naa Prajalu and Kaala Rekha. He wrote over fifty works which have been translated into English, Kannada, Urdu, Bengali, Hindi, Nepali and Greek. 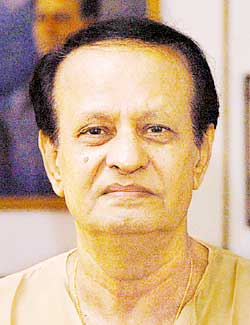 Gunturu Seshendra Sharma spent his childhood in his ancestral home in Totapalli Guduru, Nellore District, Andhra Pradesh, India. Seshendra Sharma graduated with a B.A. in Literature from the Andhra University and obtained his Law degree from the Madras University. He joined Andhra Pradesh State Government civil service in 1949 and retired as the Municipal Commissioner of Hyderabad.

When he was 18, Seshendra’s marriage was arranged to Janaki and they had two girls and two boys. Later in 1970 he married Indira Devi Dhanrajgir, an Anglo-Indian poetess. He lived with her at her Gyanbagh Palace in Hyderabad.

Seshendra’s first work in print appeared in 1952. It is the translation of Matthew Arnold’s Sohrab and Rustum, which is based upon the Persian Epic Shahnama. Initially he focused on poetry and occasionally worked on literary criticism. Seshendra’s first collection of prose-poems was entitled Sesha Jyotsna.

His magnum opus Naa Desham Naa Prajalu (My Country My People, Meri Dharti Mere Log) brought Seshendra prominence as one of the outstanding poets of India. It led to his nomination for the Nobel Prize in Literature in 2004.

Seshendra Sarma is the second person to have been nominated for the Nobel Literature prize for his contribution to literary field from India, the first being Rabindranath Tagore.

Other Awards and Titles conferred on him:

Shodasi, his tantric commentaries on the Ramayana, and Swarna Hamsa, the study of Harsha Naishadhiya Charita, are works of literary criticism. Kaala Rekha, Seshendras’ 1994 book, is a collection of twenty-five essays on various subjects like ancient Sanskrit drama and ancient Greek drama, comparative literature, classical poetry and Aurobindo’s Savitri. The collection of poems Neerai Paaripoyindi (literally, “Melted and floated away”) was brought out in 1976 in bilingual editions.