An illustrious politician, agriculturist and a supporter of liberalization, Sri Bezawada Ramachandra Reddy was born on November 24, 1894 to Sri Subba Reddy & Kamala (Dodla) in Buchireddipalem in the Madras Presidency. Ramachandra Reddy is a relative of Indian National Congress politician Dr Bezawada Gopala Reddy. 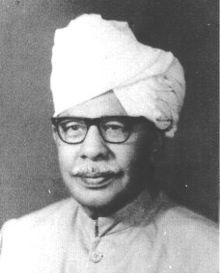 He married Dodla Sita, who gave birth to a male child Subba Reddy, named after his father. When his first wife Sita died post delivery, he married her half sister Dodla Bujjamma, who gave him 10 children – 5 sons & 5 daughters.

In 1952, Reddy contested the First Lok Sabha elections as an independent from Nellore and served as a Member of the Lok Sabha from 1952 to 1957. He served as the deputy leader of the opposition in Lok Sabha. On June 4, 1959, along with C. Rajagopalachari & N G Ranga and other senior politicians, Reddy floated the Swatantra Party with liberal ideas.

A staunch believer in business enterprise, he served on the boards of many companies like Madras Cements and Andhra Scientific Company, Machilipatnam as an independent director. But, he never seems to have invested directly in any industry, as he always believed in being an agriculturist.

He played a key role in getting the approval for Somasila irrigation dam, leveraging his acquaintance with KL Rao, the renowned irrigation engineer and politician.

Mr Ramachandra Reddy was awarded a Commander of the Order of the British Empire (CBE). At the age of 78, he breathed his last on March 19, 1973 in Buchireddypalem, his birthplace.