Managing director of Public sector Gas Authority of India Limited (GAIL),  BC Tripathi told that GAIL has proposed to establish a gas pipeline in Andhra Pradesh. 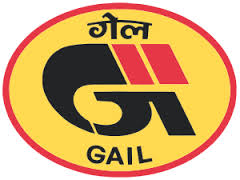 The proposed pipeline would cover Srikakulam-Kakinada-Nellore districts besides linking Tumukur in Karnataka with Nellore via Hindupur in the Rayalaseema region, said adviser to AP government, Parakala Prabhakar. Once the project report is finalised, the state government would initiate the land acquistion process. The pipeline is an overriding priority for the state, said Prabhakar.

The allocated gas from the pipeline would significantly boost the industrial activity and aid the state governments efforts for increasing power supply.

GAIL chairman also proposed to set up a skill development centre in the state. GAIL is a joint venture partner with the AP Gas Infrastructure Corporation in the project.